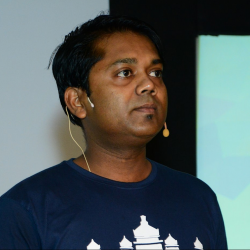 Bundler is a great tool which helps to manage your application dependencies. It is very simple to use, just drop it and you are good to go with one command -> bundle install

Check out: http://gembundler.com/, if you care.

The problem occurs when it fails to install a gem. It does not have a way to show the trace of stack calls like rake –trace.

Let me tell you the problem - I was moving a Rails 2.3.9 project to use bundler. The application is using libxml-ruby for XML parsing (yes I know nokogiri fans - @tenderlove did a wonderful job).

and bundler tries to install the native extension (dependencies on zlib, libxml, iconv). I downloaded all the .dll’s and copied them to Devkit.

and I started to see the gem building, and then NOOOOO, version mismatch of the DLLs. I spent hours figuring out which are the compatible versions.